After the success of Aspray 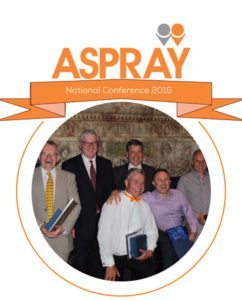 ’s 11th annual National Conference in May, a whopping £1,750 has been raised for Cancer Research UK. The 2 day national conference took place at Crewe Hall Hotel in Cheshire, with an awards ceremony in the evening to thank the Aspray team for their hard work.

During the awards ceremony, staff members took part in a charitable raffle and Wembley Stadium football tickets were auctioned off. Some of the speakers who attended the conference also gave charitable donations or a prize for the raffle and a particularly large donation was received from director Clive Hawkesley. All proceeds raised contributed to the grand total.

MD James Whittle said: “We raised the money because a former business partner sadly passed away from cancer and this is why we chose to donate the money to Cancer Research UK. I am pleased that we were able to raise so much in aid of him.”