Why Insurers Will Be Reluctant To Pay Out On Property Claims

We have entered the peak time of year for property claims, with snow already falling in parts of the country this month, storms already having rolled in and others sure to be on the way. The issue for insured homeowners and commercial property owners is that insurers are likely to be more reticent than ever to pay out for property insurance claims.

Even in the best of times for insurers, they may not always have the reserves to pay out on all of the policies that they have sold. For a variety of reasons, some only pay out on eight policies in every ten, as was the case with Axa, Co-op and LV in the year ending 2016. The percentage of domestic property claims settled by insurers in 2016/17 was 82.7%, leaving more than 17% of insured property owners disappointed. This year, Insurers are likely to have even less in their reserves than ever, thanks to the ‘Beast from the East’ which caused havoc in the early spring.

The Association of British Insurers (ABI) says weather-related property insurance claims rose by 290% thanks to this weather phenomenon. In the first quarter of 2018, insurers paid out £1.25 billion on home and commercial property insurance policies, whereas the previous quarter only saw payments of £93 million. The huge sum paid out covered claims from 86,000 policyholders. £194 million was paid to homeowners suffering burst pipes, storm and flood damage, whilst £188 million was paid for weather and escape of water claims at commercial properties.

The Impact on Insurers has been Huge.

LV’s profits, for instance, fell by 53% in the first half of 2018, with the insurer having incurred costs totalling £17 million from Beast from the East claims. The Daily Telegraph then reported on May 2, 2018 that the Beast from the East had eaten up almost the entire yearly budget set aside by insurer Direct Line for weather claims. Out of the £55 million set aside for such claims for the whole of 2018, the extreme conditions had already seen Direct Line paying out £50 million, with more than half the year to go.

This has huge implications for homeowners and commercial property owners who may be forced to make a property insurance claim this winter. Insurers are likely to be keener than ever to keep payments on property claims down to the bare minimum, to try to better balance the books. How can they do this, you ask? Simply by being able to totally control the conversation in the majority of claims scenarios.

In too many cases, there is no other expert voice in the talks that occur when after a claim is notified. The insurer will send its representative – the loss adjuster – out to the damaged property, where they will decide on the extent of loss, in their view, and suggest what the schedule of works should be when they report back to the insurer.

Frequently, the loss adjuster is dealing with a policyholder who is not an expert in insurance – or even property repair in most instances – and so no informed alternative viewpoints can be put forward. The policyholder frequently has to accept what the loss adjuster says and the offer that the insurer then makes on the basis of his or her view.

Even worse is the fact that some insurers are not now sending a loss adjuster out to examine the damage. In some cases, the policyholder is asked to submit images of the damage via an App. The issue here is that imagery cannot relay many issues. For Instance, if there is a water leak from the upper floor of a home, it is possible that damage could extend to the timber framework within any partition walls and be held and suspended in other parts of the home’s structural fabric. This, if undetected and addressed, can lead to long-term issues, including dry rot.

Any claim settled by App could see a quick drying out of the property taking place with portable heaters, removing the dampness that can be seen and felt. There could be no physical inspection, or consideration at all, of the deeper issues that developed due to the water damage.

Find an Expert Voice in the Negotiations.

For many property owners, the only way to have peace of mind when it comes to what should and what should not be considered comes from finding an expert voice in the negotiations. This is where a loss assessing service (as distinct from loss adjusting) comes into its own. A loss assessor works for the policyholder and aims to put in place a schedule of works that covers all relevant bases and provides the policyholder with the cover that their policy actually offers, due to the wording in its small print. This can be a very different schedule from that which a loss adjuster might wish to create.

An expert and regulated loss assessor like Aspray will examine all of the scenarios that could have occurred as a result of the damage and do the utmost to avoid the policyholder being short-changed, or left with issues in the future that should have been put right under the terms of their policy. All Aspray loss assessors are well aware of the ways in which loss adjusters can attempt to cut the cost of the claim for their insurer and will stand their ground and fight for what they believe to be the just settlement for the policyholder. 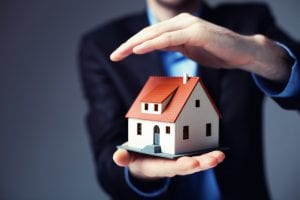 Property owners asking Aspray to represent them will pay nothing for this property claims service, if they are happy for Aspray to use its vetted and approved contractors to complete the work to the high-standard that Aspray’s quality control expects. This means all the project management is handled by Aspray, taking the burden away from the property owner’s shoulders. The property owner can also have peace of mind regarding the contractors working in their property, who are trusted both in terms of workmanship and ethics.

With the huge payouts already made by property insurers in 2018, it is inevitable that the brief to loss adjusters will be to sharpen their pencil and make as many savings as possible when settling claims for insurers. Make sure that, should misfortune hit your property, you are not on the wrong end of the long-term financial impacts of the Beast from the East. An Aspray loss assessor is just one call away on 0800 077 6705.