‘An Englishman’s home is his castle’ as the saying goes, but there is little worse than finding your castle is built on sand. Unfortunately, that is precisely what some property insurance policyholders discover, when they have reason to call upon their cover and receive the bad news that their claim has been turned down by their insurer. 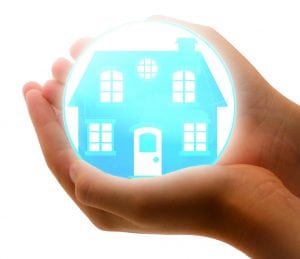 Repudiated claims, as rejected claims are called, are relatively common within the world of property insurance. Both homeowners and commercial premises owners are at the mercy of not just the wording and conditions laid out in their insurance policy, but the interpretation of that policy wording by the insurer’s representative on the ground – the loss adjuster.

When an insurer repudiates a claim, they are basically refusing to accept liability for the damage that has occurred at a property. In January 2017, The Telegraph reported that three big insurance names, (AXA, Co-op Insurance and LV), were amongst the five companies with the lowest acceptance rate for claims made by those with combined home buildings and contents policies. In the year ending August 2016, they only paid out on around 80% of claims made by policyholders.

The Association of British Insurers (ABI) in January 2016, found a similar situation, stating that its surveys had found that one in five home insurance claims are turned down.

A Thematic Review of the insurance sector, published by the Financial Conduct Authority (FCA) in May 2014, found 57% of consumers with rejected home claims were either dissatisfied, or very dissatisfied, with the explanation given. Despite this, few of those who were turned down actually complained. The FCA found that 21% of policyholders who had their claim repudiated felt like complaining, but only 9% did.

There are various reasons for this, as expert loss assessor, Aspray, knows only too well. Firstly, many policyholders feel the insurer and their loss adjuster understand the policy better than they do, so do not question their assessment. Secondly, where they do try to put their case across, they are bamboozled by terms within the policy, relating to aspects such as ‘wear and tear’ and ‘material facts’ and do not have the skills to refute the loss assessor’s view on these. Thirdly, if the loss adjuster suggests that storm damage – the number one reason for claiming on a property insurance policy – did not cause the damage at the heart of a claim, ruling that this was down to poor property maintenance, it is hard for an individual to go about proving that this was not the case.

In many ways, the level of repudiation is not surprising, but whilst it is true that policyholders typically misunderstand their protection, it is also fair to say that loss adjusters are primarily there to act on behalf of insurers and are therefore likelyto do all they can to either reject a claim or reduce its value, if there is anything that is borderline, or in a slightly grey area.

The FCA itself noted, in its 2014 Thematic Review that some insurers would only pay out for a claim if they believed the claimant would make a complaint.

The FCA also highlighted the issue of insurers trying to clamp down on fraudulent claims and being rather too zealous in repudiating claims as part of this process. As the authorities have noted during the crackdown on insurance fraud, not all exaggerated claims are bogus.

All of this demonstrates the wisdom of those property insurance policyholders, both commercial and domestic, who even the playing-field in the claims negotiation process, by appointing their own loss assessor, to handle negotiations with their insurer’s loss adjuster. Whilst some may mistakenly believe this is another cost to bear, Aspray will actually represent a policyholder for no fee at all, if the necessary repairs are carried out by its vetted and trusted, high-quality contractors.

The moment a loss assessor arrives on the scene, the balance of power begins to shift back towards the policyholder. Even when a claim has been totally repudiated, Aspray has, at times, successfully stepped in, put its evidence before the insurer and had the original judgment on the claim overturned.

Working with the policyholder from day one, however, allows the Aspray loss assessor to collate the facts, figures and evidence that can help prevent a loss adjuster repudiating a claim on the ‘grounds’ of factors such as poor maintenance, lack of sufficient weather impacts to have caused the damage, over-valuation of the loss, under-evaluation of possessions and really niche things such as a lack of weep holes in a retaining wall (which were often not incorporated into older walls at the time the property was constructed).

Aspray can also put across the point of view of the policyholder and those impacts on them, which a loss adjuster might prefer to overlook. For instance, some claims which were repudiated because a policyholder did not mention, at first, some items lost during a theft, or gave different values for these at that time from those that they later claimed, have eventually been paid because the FCA took on board the fact that the claimant was in shock and unable to focus on their loss at the time of the first interview.

However, it is not just repudiation with which a loss assessor can help. Many loss adjusters will only sanction compensation for the replacement of the part of the loss such as only replacing a small number of doors on kitchen cabinets which have been damaged, leaving the kitchen looking odd. The same situation can apply to external items, such as roof tiles, where they may try to insist that a policyholder fits new slates that do not match the original ones. In this situation, the policyholder could be left with an unsatisfactory interior and an eyesore exterior – something Aspray’s highly trained loss assessors fight to prevent.

Some insurers have also been shown to use word-of-mouth comments from one contractor as the basis for repudiating a claim, rather than seeking to validate that opinion by gaining reports from other tradesmen. When a loss assessor is on board, that is not allowed to happen, with the Aspray representative insisting on alternative reports and additional evidence to be put forward, before the claim is evaluated.

Whilst Aspray cannot always secure what the policy-holding customer expected from their cover, which is dependent on the actual cover they bought, its terms and the level of excess that they agreed to, it will always strive to get the full entitlement for the policyholder who appoints Aspray to act on their behalf. Many of those who have had their property claims turned down may not have suffered this outcome, if they had brought Aspray into the negotiations. Others who received an unsatisfactory property insurance settlement may have done better from their claim, if they had been able to rely on Aspray’s expert knowledge and ability to interpret policy wordings.

If you know that it was not a failure to test an alarm that led to your loss, and that your property was fine before gale force winds sprang up in your particular location – some way from the weather station at which such forces of nature are officially recorded – you should bring in your own loss assessor to help fight your corner and represent your best interests.

If you feel it unreasonable to be asked to compromise on a matter of detail that would leave you in a worse position than you were in before the incident that led you to claim, you should also give Aspray a call. At least then, you will know whether or not you are being deprived of the level of protection that you paid for. There are many other scenarios in which you should take the same action, if you feel you are out of your depth with your property insurance claim negotiations, or not convinced that you will be treated fairly.

We can’t all be experts in everything and it is truly unreasonable for insurers to expect the average home or commercial property policyholder to be au fait with all-things insurance. If the worst happens, and you need to make a property claim, make sure you get in touch with Aspray as soon as possible, to appoint a loss assessor who will support you to the hilt, keep you informed throughout the claims process and typically engineer the best possible outcome for you, to try to restore things to their pre-loss condition and status.